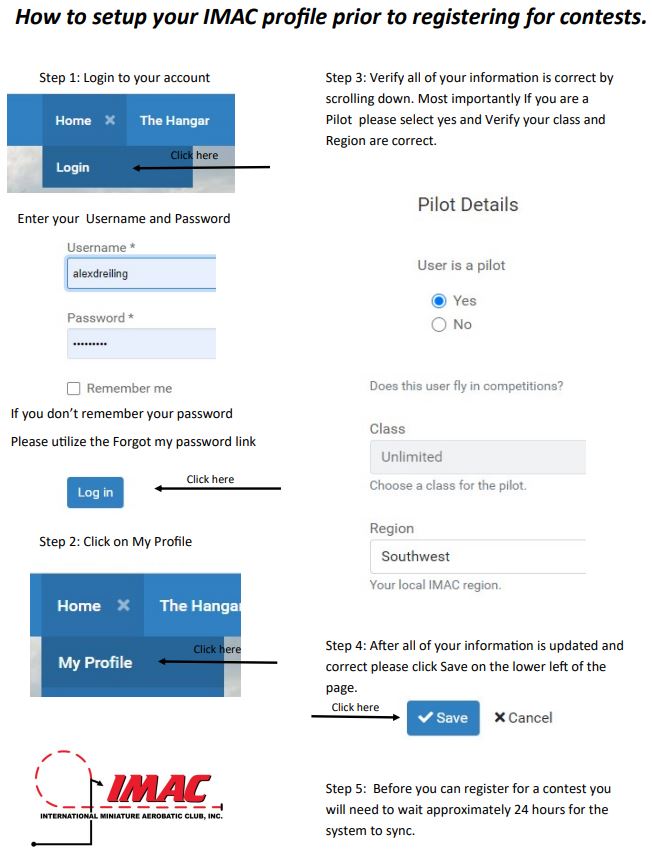 The IMAC Regional Points Series (IRPS) point accumulation system has been enhanced. Now there will be additional point(s) awarded based on number of pilots competed against and won per contest weekend. This bonus points system has been instituted to encourage and reward the competitive aspect of IMAC with pilots flown against within a given contest.

Example: In the example below Pilot A will win the IRPS title. Pilot B competed in two contests where no bonus points were earned and only earned a total of 5014 points vs Pilot A’s 5019 points.

Change: In the case of a tie for a class point champion, the pilot who finishes highest in his top 5 IRPS Qualified contests, based upon the total # of pilots defeated, would win. If there is still a tie, the pilot who places highest at the Regional Final contest will win the IRPS title. If the tie still cannot be resolved, the raw scores for the top 5 contests will be used to break the tie.

What is Scale Aerobatics?

A little about the sport
Read More

We can assume that you are tired of flying in circles, practicing your landings, etc. and looking for a new R/C challenge…and you are in luck!

Getting started in competition
Get Started!